Hampshire is one of the most populous counties of England but alongside the major conurbations of Southampton and Portsmouth, and historical centres such as Winchester, it also boasts the quieter spaces of the New Forest and South Downs National Parks; busy commercial centres such as Basingstoke; a proud military, naval and aviation heritage in Aldershot, Gosport and Farnborough; and quiet villages and market towns including the Meon Valley and famous Wickham with which many famous names are associated, such as Jane Austen and Gilbert White.

In 50 Gems of Hampshire author Peter Kilby explores the many places and their history that make this part of the country so special, from Basingstoke in the north of the county to the Southampton-Portsmouth conurbation and the Solent and English Channel coastline in the south. Towns and villages in the New Forest are also included, to the Wiltshire border, the picturesque village of Burley, to the Beaulieu River and its spectacular Palace House and the historic shipbuilding village of Buckler’s Hard, and many more. 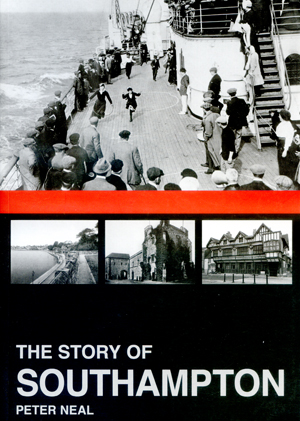