This personal account of the author’s early life in Kathleen Road and Knighton Road, Sholing during the war years, when her Grandfather was the manager of Lankester & Crook’s Alexandra Bakery, Portsmouth Road, is a poignant tale, with her mother dying in 1941 at the early age of 28, when the author was only four years old. The book also contains interesting extracts from her mother’s war diary, detailing incidents in Woolston and Sholing. The author and her younger sister were later adopted by her grandparents, who she always knew as Mum and Dad, but when their mother (Grandmother) also died suddenly in 1949 the girls were placed in a privately run Quaker Home for 20 girls in Brockenhurst. This was later relocated to Lyndhurst and the book details what life was like for young girls in that situation. Overall a fascinating account. 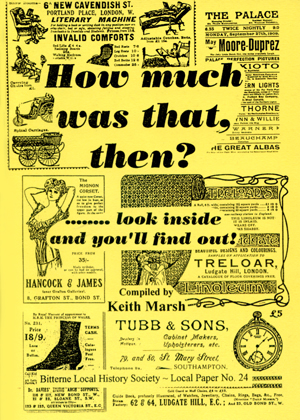