The book shows how building developments, some dramatic, have transformed areas of the city over the years. Local historian Jim Brown has had access to local collections containing a number of unpublished views and his modern photos taken from, as nearly as possible, the same position as the older pictures, sometimes reveal startling changes.

Southampton suffered widespread damage during World War Two, when Hitler’s Blitzkrieg was unleashed on the town’s docks and infrastructure, and the subsequent post-war reconstruction altered many areas beyond recognition.

Further changes came in the 1950s when a new ring road was constructed around the city centre to cope with ever-increasing traffic demands, with the resultant demolition of many properties. More changes occurred in the 1970s when the massive Itchen Bridge was built to provide an improved connection east of the city, and this involved the sweeping away of a number of buildings to provide the two approaches to the new bridge. The Bitterne area of the town was also transformed in the 1980s when a new bypass tore through the former Bitterne Village.

Fortunately some individuals had the foresight to take photos before prop­erties were demolished, and these have provided Jim Brown with invaluable material.

The book contains over 300 illust­rations and is sure to appeal to all those who remember how Southampton has changed over the years, as well as giving younger readers a fascinating insight into the city’s past. 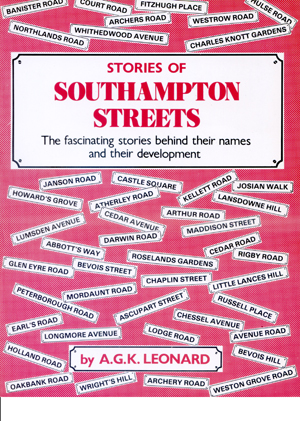