The Illustrated History of Southampton Suburbs

A single-volume survey of the history of the development of the residential areas of the city. Local historian Jim Brown chronicles the growth of the suburbs from the earliest times to the present day and he illuminates the lives of people who lived in them. His fascinating book will appeal to anyone with an interest in the story of Southampton. The narrative is illustrated with more than 200 photographs, drawings and maps.

Jim Brown shows how the countryside, farms and villages developed into the urban streets, residential areas, shopping districts and industrial estates that are so familiar today. In the course of the last 150 years, the outskirts of the city have been transformed, and they have expanded, in a way that would aston­ish Southampton residents of just a few generations ago.

In his fully illustrated account of each suburb, Jim Brown offers a concise history as well as local anecdotes and folklore. He also recalls remarkable episodes and notable individuals who played their part in the story. His survey will be essential reading and reference for South­ampton residents past and present, who take an interest in their neigh­bourhood and in the complex, sur­prising history of the city itself. 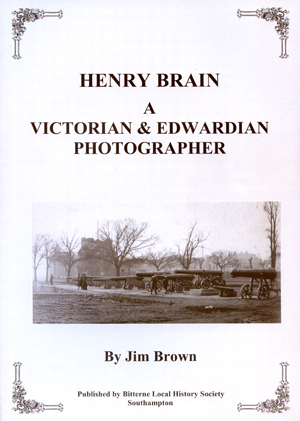