A Maritime History of Southampton in Picture Postcards

For this book, the authors have selected and annotated a wide range of postcards (some of them reproduced in their original colours), to illustrate many aspects of Southampton shipping and port activities from Victorian times to the changing scene of the Fifties, including the growth of the Docks, both “Old” and “New”, and the ships using them, especially the great ocean liners in their heyday between the wars. These “floating palaces”, with their elaborately ornate interiors, are well represented by the evocative postcards issued over nearly forty years from 1924 by C.R. and O.W. Hoffmann, whose shop bore the proud address “No. 1, The Docks, Southampton.” They were preceded by the productions of various other lesser-known publishers, many of whose once topical photographic cards now have documentary as well as scarcity value. Moreover, the extensive output, dating from 1901, of the doyen of Southampton postcard publishers, the splendidly named Francis Godolphin Osborne Stuart, including many devoted to shipping subjects as well as the more numerous topographical cards are now greatly esteemed by collectors.

Drawn from these and other sources, the cards illustrated in this album – many of them not previously reproduced in book form – exemplify many diverse topics. As well as the main outlines of port history, they offer nostalgic reminders of paddle steamer excursions; the launching of the first warships from Thornycroft’s yard at Woolston; the role of Southampton as a military port and trooping centre; and shipwrecks and disasters, including stories of heroism, a remarkable salvage and repair job and a collision during an unseasonable April blizzard. 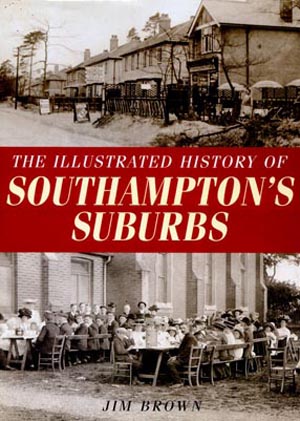