“In Ancasta, against the background of the new 20th century, we are re-introduced to the progress of life for the next generation from Riduna, Diana Jackson’s first novel, of the growing Newton family, now living at Woolston, near Southampton, on the south coast of England. The author succeeds in jolting the reader’s emotions to give a clear understanding of how things were for so many ‘ordinary’ people in those dark days of wartime. No families were spared the loss or sacrifice of a loved one, but life had to go on.”

Why Ancasta? The River Itchen, important in Roman times when Southampton was already a strategic port, was blessed by the Goddess Ancasta to whom the Romans prayed for the swift and safe return of their vessels.

Will each member of the family return safely from the war which takes Harriet’s sons as far away as Turkey and India?

Will the roles of women, especially Harriet and her headstrong daughter Sarah, empowered by the daunting responsibilities bestowed on them with their loved-ones so far away change their lives forever?

Will the island of Riduna, so deep in Harriet’s soul continue to cast its magic over Sarah too7

Ancasta follows the story of Harriet’s family from 1910 to 1920 as it weaves tightly through this period in Woolston’s history with the birth of Supermarine. early flying boat production and the Schneider Trophy, though the excitement of this new age of flight is marred by the destruction of the Great War. 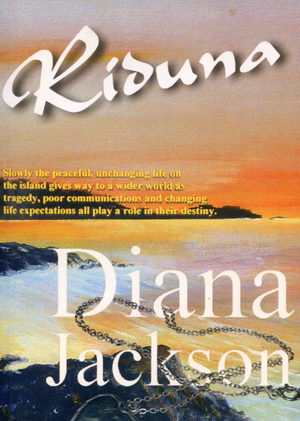