This illustrated history portrays one of England’s finest cities. It provides a nostalgic look at Southampton’s past and highlights the special character of some of its most important historic sites.

The photographs are taken from the Historic England Archive, a unique collection of over 12 million photographs, drawings, plans and documents covering England’s archaeology, architecture, social and local history. Pictures date from the earliest days of photography to the present and cover subjects from Bronze Age burials and medieval churches to cinemas and seaside resorts.

Historic England: Southampton shows the city as it once was, from its churches, parks, streets and alleyways to its famous old docks. The city, once a popular eighteenth-century spa resort, has grown with the expansion of its commercial docks throughout the last 200 years and has witnessed everything from seamen’s strikes to shipwrecks, notably the Titanic and Queen Mary, as well as the other famous ocean liners that have called at the port since the 1840s. The city suffered greatly during the twentieth century when extensive Second World War bombing and subsequent town planning led to a reduction in the number of many fine and interesting buildings. Dramatic changes have taken place and, by the late twentieth century and into the twenty-first century, it has been transformed into a new, dynamic, bustling city. This book will help you discover Southampton’s colourful and fascinating history.

Complemented by over 80 postcards and photographs from private collections, these reminiscences provide an entertaining read for all who know the city. 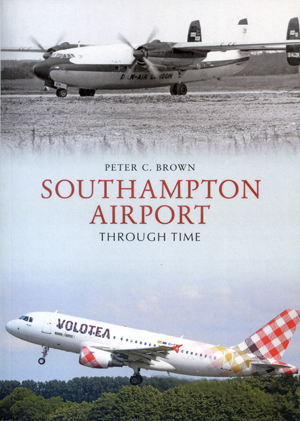