“Riduna speaks volumes about the power of love and loss and is beautifully written with a fluidity that speaks to your soul. Diana Jackson’s ability to portray the everyday ordinary yet life-changing events of those in a community is amazing; you get a true feel of what it must have been like living in Riduna during that era. Fans of The Guernsey Literary and Potato Peel Pie Society will fall in love with Riduna”

Riduna is the Latin name for the unique and picturesque island of Alderney, sister island to Guernsey, Channel Islands, UK, known in this novel as Sarnia. Riduna is a character in its own right, since for Harriet, born on Riduna in 1866, and many others in the community, it is all they have known and wanted to know and yet for Edward, his head is full of dreams of faraway places and adventure. As their destiny is challenged, will their devotion remain constant?

Have you ever felt that your purpose of life is threatened?

Have you ever loved someone so much that you had to let them walk away?

Have you experienced displacement, daunted by moving to somewhere unfamiliar and yet deep within your heart remains the very place you have left behind, a place you once dared to call home?

A Twitter follower born on Alderney but now living in Canada once tweeted: ‘You can take the girt out of the Island but you can’t take the Island out of the girl’. 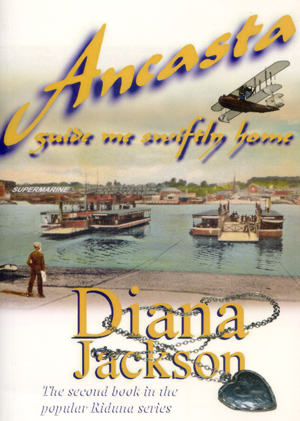