This book is a sequel to Southampton Murder Victims, produced in 2010 by DB Publishing and the present book is a joint production with DB Publishing and the Hampshire Constabulary History Society. The former book explained, in some depth, the various amendments to the original mandatory death penalty for murder; the stages of penal servitude that were imposed, until abolished in 1948; an explanation of the former Assize Court system and the establishment of the Crown Courts that replaced them in 1972. Southampton Murder Victims Vol II is is the result of painstaking research by the author, who had unrivalled access to police and other archive files normally unavailable to the general public. It has resulted in fascinating accounts of over 60 murders committed in Southampton between 1873 and 2012. The accounts are arranged in strict chronological order, allowing the reader to dip into the period of their choice, the earlier cases arousing nostalgia for parts of the city that have long since vanished. The book contains many illustrations, some of them official police photos showing the scene of the crime and published for the first time, making Southampton Murder Victims Vol II a must-read for historians and the just plain curious. Jim Brown is a local author and researcher with a passion for Southampton’s history. A former detective and deputy coroner’s officer with the Southampton City Police, he had lived and worked in the city all his life and in retirement has devoted himself to investigating the city’s past. A leading member of Bitterne Local History Society, he has written several books, including The Illustrated History of Southampton’s Suburbs, Southampton’s Changing Faces and More Southampton Changing Faces. 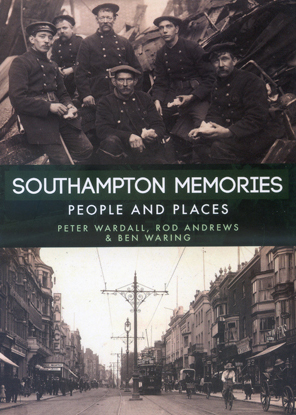